If you follow me on Instagram, Facebook, or Twitter you probably know I’m super hyped about this weekend. If you don’t know what this weekend is then either you aren’t on social media or you don’ t follow the right people on social media. But that’s fine, you can get a pass this time. Seriously though, I am uber excited and let me tell you why.

The first ever major black superhero movie is hitting the big screen this weekend. And no I am not excited about this movie because it is Marvel or because I like superheroes. Actually I’m not into superheroes, I barely know the difference between Marvel and DC. I’ve seen some Marvel films but I can only remember a few. I saw Iron Man back in 2008 because my high school boyfriend was super excited about it. And I recently saw Captain America: Civil War to get ready for Black Panther. Besides those two I can’t remember if I’ve seen any others and if I did I couldn’t tell you the names of them.

With all that being said, I don’t care about superheroes. I must say though, I probably will really like and be all about Black Panther after I actually see the movie. But I am excited about this film for a number of different reasons that go far deeper than it being a superhero film.

Reason number one, an almost all black cast in a major film. When was the last time you went to a movie theater and saw a movie that had a cast that was all predominately black? What about predominately Latino or even predominately Asian? Really think about that question. While I can name a plethora of amount of films with majority or even all white casts, I stumble to think of any films that consist of primarily any ethnic minorities. So yes, I am uber excited to see Black Panther because it consist of a majority cast that looks like me. And this leads me to my next reason.

Reason number two, representation matters. As a black woman I loved going to the movie theater or even watching movies at home growing up and I still do. But honestly most of these movies consisted of people that don’t look anything like me. I highly enjoy many movies that have all white cast, actually some of my favorite movies have a majority white cast. One thing is for sure though, seeing people in movies, or even in television shows, in books, on advertisements, that look like you makes a huge difference when it comes to the way you perceive yourself.

If you are white, imagine 75% of the cartoons and movies you watched growing up consisting of almost all black characters or characters of any ethnicity other than your own. And I say this in no way to make you feel horrible about the way you grew up but to help you think how different your world would’ve been not seeing people that look like you when you turn on the television. Imagine as a child not seeing yourself in the characters you watch all the time. Which leads me to another reason.

Reason number three, a generation of black children, and even black people, will be empowered and inspired by what they see in the film Black Panther. Black children for decades have grown up seeing their favorite superheroes save lives and save worlds. And prior to Black Panther being introduced on the big screen in 2016, these superheroes have all been white when it comes to Marvel and DC.

My heart burst with excitement for the way black children all over the world will walk differently, think differently, handle barriers differently, after seeing Black Panther. In a world that often tells them they will amount to nothing black children will see themselves in T’Challa aka Black Panter, in Nakia, in Okoye, in M’Baku, and many other characters in the movie. There will be a generation of black children walking all around the world with their shoulders pulled back, chin up, and chest high because of the excellence in this film. Which leads me to my last reason.

Reason number four, black excellence. Black excellence is when a black person or black people, or even black culture is portrayed in a phenomenal way. You may ask why a phrase such as black excellence must even exist. Well if you haven’t noticed, black people and black culture are often talked about and highlighted in a negative way. Think about it. A lot of times in movies black people are portrayed as gang members, prostitutes, drug dealers and addicts, thugs, and so many other negative things. But black people and culture are so much greater than those things. The phrase black excellence exist because as a community we want to and consistently need to acknowledge that we are so much more than the negative stereotypes that are often given to us as people and as a culture. There are so many things about us that is excellent and we want to celebrate that and show the world that.

So yes, I am absolutely elated, very ecstatic, uber excited for the release of Black Panther this weekend. And yes, I know very little about what has happened in the Marvel universe these past ten years. But what I do know is that millions of people have been waiting for a black superhero to star on the big screen. And yet, not only has Black Panther starred on the big screen but the world and Marvel universe will never be the same because of the black excellence that is portrayed in this film.

I absolutely can not wait to dive into the country of Wakanda for the two hours and fourteen minutes of Black Panther this weekend, plus the additional hours from seeing the movie over and over again. When you watch Black Panther, remember that it’s not just a movie. It is history being made that will impact the world forever. 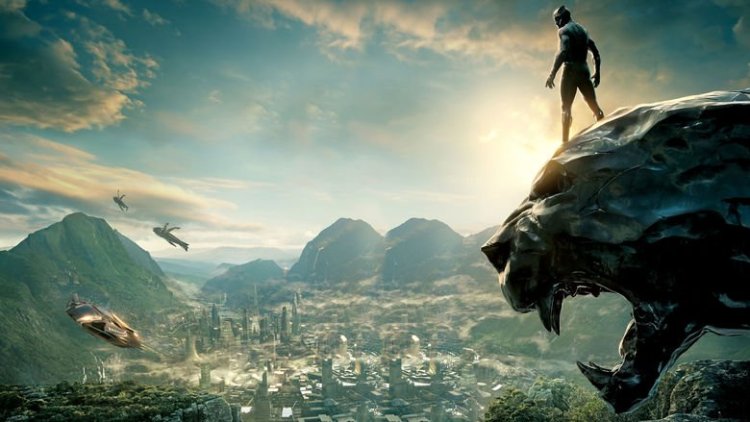 2 thoughts on “It’s Not Just A Movie”